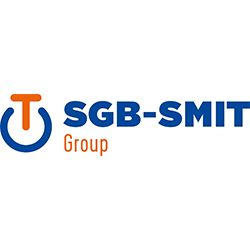 Whilst in the 21st century electronic components are in general becoming increasingly small and compact, at Royal SMIT Transformers B.V.. in Nijmegen, the Netherlands, larger and heavier power transformers are being developed. However, there is an important parallel: in both situations technicians are constantly pushing the boundaries to the limit.

The development of electricity grids worldwide towards ever-larger generating units requires transformers that have higher voltages and higher capacities. Amongst other things, the development of transformers is limited by their exceptional dimensions and weight, because this large electro technical component has to be transported to its destination in one piece. In the nearly one hundred year old history of Royal SMIT Transformers B.V., the transformer is still based on the same principle. However, the production location of Smit in Nijmegen was transformed several times to stay ahead of this development.

And this was successfully achieved! In 2008, the year of its 95th anniversary, the company is taking another giant step forward by introducing air cushion transportation for transformers in final assembly and testbay, resulting in a time decrease for each transformer movement by approximately 8 hours.

The Lean Manufacturing principles are propagated and employees are trained and encouraged to strive for continuous improvement. The purpose of this is to achieve a shorter throughput time, without negative effect to the quality level.